Atheism And The Meaning Of Life. Pt. 4: Christian Misanthropy 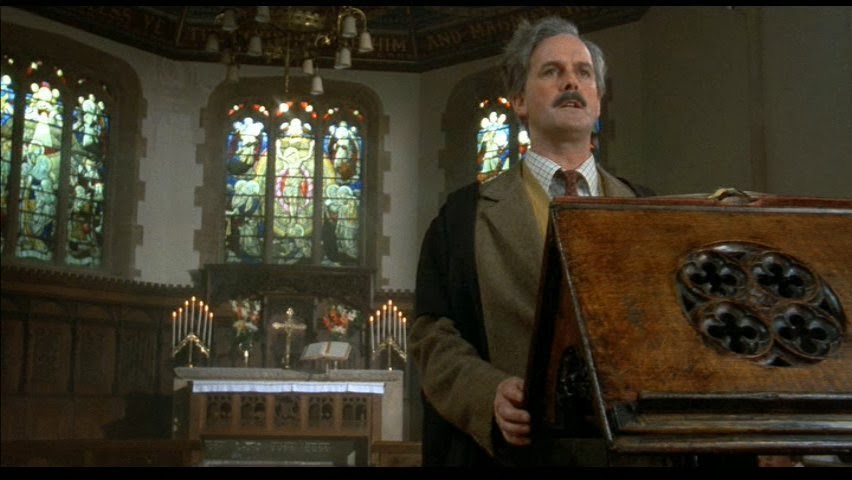 In my previous post, I explored Christian Existential Nihilism. In this view, everything about life is practically worthless. There is another aspect of christianity that has a negative effect that is just as bad. It is important that a christian reader understands why Christian Misanthropy is important in the context of meaning in the atheist life. Since we do not suffer from the same problem, we see life differently, and missing this would be an error on my part. Once again, I don't wish to attack christianity, but my lack of knowledge about other theologies would make it wrong for me to suppose that they have the same problems. It is also important to note that christians suffer this problem to varying degrees, and I don't aim to make any sweeping generalisations here, but to explain a general problem with theology with regards to humanity. So what is Christian Misanthropy?

One of the greatest drives in the life of a human, or any animal for that matter, is sex. Christian dogma is not kind to sex, and focuses on telling people that their lust and self gratification is wrong and dirty.

Matthew 5:28 ESV
But I say to you that everyone who looks at a woman with lustful intent has already committed adultery with her in his heart.

Hating yourself is the beginning of this misanthropy, because humans will be humans although these behaviours might be denied by the self, the outside world still engages in them. This creates the view that human beings are filthy and dirty. Could you imagine a society where adultery or premarital sex is expunged? Even when the punishment is death, people still engage in these activities. Religion places an impossible task in front of human beings, and thus they can only do wrong. The introduction of thought crime from the verse above only worsens the situation.

But the dogma goes further, claiming that every human being is born evil and wrong. This idea that we are all dirty and must grovel for forgiveness fearfully to an almighty king is exactly anti-human. It denies the will and the desires of the person and humanity and instead claims the entire life of a human in service of this powerful deity. The following video illustrates Christian misanthropy nicely:

If you look at christians, some often pine for the end times, when judgement will be done on this dirty and godless world. They get giddy when there are "signs" of the end times. They stand politically against human self realisation and freedom, opting rather to impose dogmatic values on those who they deem dirty sinners.

So what is the alternative? Well, humanism is an ethical value system based on humanity, not on gods. Let me put here two points of interest from their manifesto (my emphasis):
Let's rephrase the same paragraph, but rather inserting the christian ethic.

The Christian view is in direct opposition to the fulfillment of man's desires and needs, and focuses squarely on the needs of a god. If we are right, this god does not even exist, so it becomes an empty act of humans hating themselves for no apparent reason. From the perspective of humanism, this is immoral and wrong. What is most important though, is that humanism emphasises us. It does not place us in the center of the universe, but it lets us take some pride in our accomplishments, and responsibility for our own failures as a species. It does not deny that which is essentially human and harmless in order to please a dictator in the sky (or indeed beyond the universe itself). It focuses on the here and now our future, what is important to us.

Christian misanthropy can make life seem like a chore, because you constantly must deny your humanity to please a god. Christians need to realise that without that requirement life seems much less laborious and worth living. The charge from the video in the previous post then, is making the mistake of framing purpose within the existence of a thing, and then claims that everything else is meaningless from that vantage point. If we were Sisyphus it would be true that we actually enjoy pushing the stone up the hill every day, because it is human to enjoy a challenge. I have an important question for all theists visiting this post. You can answer in the comments if you like, but I would prefer that you reflect privately on this: If it was shown that god absolutely does not exist, that there is no chance, that we are absolutely certain that there is no god, would you kill yourself because you no longer had a purpose?

In the next post I will try to solidify meaning in a godless world a little more. For now. I leave you with the following video:
[1] http://www.humanist.org.nz/beliefs/manifesto3.html - A thanks goes to +Angela Martin for originally sharing this on Google Plus


The next part in this blog series: Pt. 5: Biting The Bullet
atheism meaning-purpose thoughts