The Misapplication Of Reason 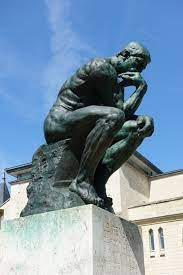 It is strange that some smart people believe some really stupid things. It's even more strange that many of these same people understand the underpinnings of formal logic, the psychological traps of cognitive biases and how to find errors in a logical argument.

If reason is the thing we should all learn to improve our lives and the lives of our fellow human beings, why is it that so many people who are so rational are so wrong? I would argue that logic and reason makes them even more wrong, because reason is not what we need to fix our world.

Our core beliefs are what drive us. These beliefs drive our rational minds, not the other way around. It's a fairy tale to suppose that reason drives our decision making processes. We like this fairy tale because this makes us holy arbiters of the truth. To have this belief will have a very hard negative effect on someone's ability to change their minds.

There is a belief that underpins this unreasonable rationality. That is the belief that what we believe is based on reason itself, and not emotion. However, our core beliefs drive our emotions, our emotions drive our reason, and then we sit back in full on denial about the role of emotion in our decision making.

I know this is true, because if I am proven wrong, my feelings are hurt. I see other people also experience this emotional reaction to argument, which they then immediately deny. They claim rationality and make it their refuge from hurt feelings. In full denial of their emotions, they lash out with cherry picked evidence peppered with motivated reasoning. Convinced of their rational rebuttal but boiling on the inside, they are completely unable to see the arguments or evidence they are confronted with. Each neuron in their nervous system is awash in adrenaline and fiercely searching for a way out of the cognitive dissonance. Their anger according to them is because of the complete lack of impartial rationality in yours; a classical example of projection. While you are the enemy, nothing you say can be correct, and if a troupe of rabid baboons tear you asunder they will savour every second of it.

Those who love claiming rationality deny the role of emotions in their thinking processes. The actual effect of this is that they give their emotions full control of their rational minds. There is a quite popular quote that goes "facts don't care about your feelings", bandied about by groups of people that are emotionally so out of control that you can barely have a normal conversation with them about the weather. Emotions can be suppressed but they build pressure until you can't contain them any longer. If you see people lashing out on the internet they don't believe they are being emotional. In fact it's fashionable to accuse the other side of any argument of being "triggered"*. But in reality we are all "triggered" when our emotional defenses kick in.

On the internet people don't know each other, and we are all trying to convince ourselves of how rational we are, when we are on the verge of losing our shit about something some stranger says in a comment thread somewhere.

If rationality is not the solution, then what is? Well, as if learning logic and reason is not hard enough, it is inadequate in making us understand and apply right thinking. Right thinking is just as much feeling as thinking. Right thinking doesn't mean you reject or deny your own emotional attachment to ideas or visceral reactions to some others. It rather means accepting and embracing your emotions, letting them run their course and allowing them to ally with you when you are evaluating things rationally. It is the interaction between thinking and feeling that can truly help anyone train themselves to do right thinking.

The way forward from here isn't easy. The beginning would be to recognize that humans are emotional animals. We are emotional animals because we are social animals. We require emotions in order to function normally. The next step is to recognize and acknowledge our emotions. If I had to choose between people learning formal logic and argumentation and learning to understand their own emotions I would choose the latter without thinking twice. I've seen emotionally mature people come to logical conclusions without ever knowing what affirming the antecedent even means. This is because true human rationality is not without emotion, but the most important constituent of it.

* Triggered in the sense of how the term is used in internet parlance, not what PTSD sufferers experience.

What is free market fundamentalism? Free market fundamentalism is a term I encountered in the book Merchants of Doubt, and it refers to people that think that free markets can solve all our societal problems.  Whenever there are societal problems that can be solved using legislation, you can count on these people to come out of the woodwork and decry the "nanny state", moan about slippery slopes and claim the moral high ground because to them liberty means that one dollar equals one vote. This world view is very favourable to the rich, who repackage it and sell it to ordinary people under the guise of ending government corruption and coercion. It's been suggested that there are some points of agreement, like the agreement on the war on drugs for example. For example, according to free market fundamentalists the war on drugs is immoral and should be ended. This is an example of agreement, but only very partially, and to a degree that is almost trivial. Eve