When The Robots Take Over 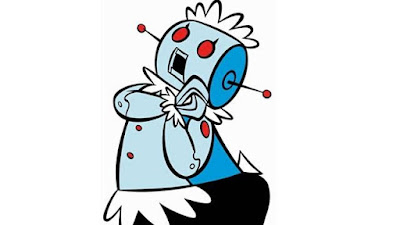 People now are suspicious of robots and AI and there are plenty of books and movies and celebrities telling us how risky it is. I think robots will take over, but not like that, and nobody will be afraid.

Just like nobody is really phased about the global surveillance we are under on a constant basis by government and private advertising firms and thieves, people won't bee too worried about robots. In fact I think that people will love robots in the way they love their gmail, iphones and facebook. A love so deep that criticism of the target of their affection will either be selectively tuned out or reacted to with indignation and belligerence.

Why would people question robots that deliver their orders from amazon, make them food, drive them around and do all kinds of other things that should probably be left to the imagination? Apple already walls people into an ecosystem from which they struggle to escape, google already snoops on us and we allow it. We allow a certain amount of abuse if we like what we get in return.

People who see what these companies are doing and question it are seen as zealots. Apple's walled garden doesn't scare anyone. In fact they want to be there. They like it. As long as it serves their short term needs. And I am a total hypocrite. I do the same thing.

So when robots come along that call me sweety and bring me waffles with caramel and banana in bed on a Saturday morning, how can I press myself to question them? An iBot will surely be completely closed to me, sending info back to its servers, and so will a Google Bot. But we don't really mind all of that, as long as we get waffles! We should demand the things we know are better for all of us. We should demand transparency, since this technology has entered our private lives. We should be very insistent and very wary of it, but we wouldn't be because if smartphones and the internet has taught us anything, it is that convenience outstrips all other concerns. At bottom, we are all dirty little hedonists, who don't think having things at our fingertips is even enough. We want it fed directly to us.

There is nothing wrong with loving technology. I think we should appreciate the Googles and Apples for what they have done for us. But we give them a free pass, and we will do the same with consumer robotics. We should demand transparency to the point where the code running on those robots are accessible, and to the point where we know every shred of data it collects. Of course, we will be told that the robots can learn better if they share information, but at what peril do we put ourselves if we don't know what is being shared? And what about security? An autonomous car can take you where you want to go, but at which point will it take you where you don't want to go? What prevents a house cleaning robot from being hacked and setting your house on fire? We need to be more wary this time, because we are already sloppy enough in our thinking. But as always I think we will probably end up pushing our recklessness to its full potential and start mending our ways when things start to collapse all around us. That seems to be the human way.
technology thoughts