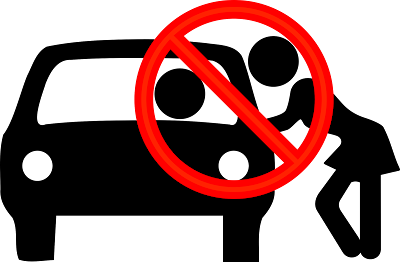 In my previous post, I described how the agreement that freemarketeers seem to have with liberal or progressively minded people about drug policy is actually superficial and even wrong. The marketing message of the idea that there is agreement tells us that free market types are rational and that they oppose senseless government policy. However, government policy in many places has been left decades behind the times by society already. For heaven's sake, let someone smoke some pot if that's what they really want.

Prostitution is a more charged subject, and there is less general consensus about it. On the one hand we know that the sex trade can be very exploitative and can trap people (especially young women) for life. Bringing the hammer down has never been effective, because the high demand for sex is hard to stop by legal means. Freemarketeers claim that  if we legalised sex work "prostitutes can more easily work in settings where conditions are controlled, clients are screened and health safeguards are obligatory.". But there is a problem. Of course having laws for safe sex work would be regarded as another imposition by the "nanny state", and a libertarian government could never waste money funding a bureaucracy to ensure the safety of sex workers.  In the extreme case of anarcho-capitalism, there would be no government to speak of in the first place.

Essentially, what freemarketeers want, under the guise of reasonable ideas like deciding your profession, is a totally unregulated labour market, which includes an unregulated sex market. That means that many people will not only legally engage in sex work, they will still not have any legal recourse when it comes to their working environment. If there was a truly free market without any regulation, there would be no black market, but there wouldn't need to be one, because nobody would be able to step on the brakes when the wondrous free market chews up and spits out human beings as if they are worthless.

What progressive thinkers want is not an unregulated sex market, but legalised prostitution that works to protect the rights of sex workers, ensure that they are treated fairly, and giving them a path away from sex work if that isn't truly what they want to do with their lives. Offering free education, child welfare and housing are things that could save someone from turning to the sex trade in desperation, and those promiscuous ones who just like to do sex work can still go about their business unhindered. The question that I can't answer is how many prostitutes will remain if we had a society that didn't force people to choose sex work. I suspect there won't be many, but to the delight of freemarketeers, the remaining ones can make use of the limited supply to push their prices as far up as they want to.

Perhaps this is how freemarketeers see sex work with no regulation: