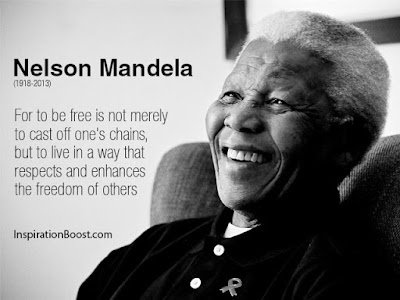 The terminology used by freemarketeers seem squarely focused on individual freedom. But what if the adoption of their principles had a negative effect on freedom for the majority of persons instead of maximising it? This seems like an odd conclusion given their marketing material. After all, "the state" will not harass you in a freemarketeer Utopia, so how will your freedom be restricted?

Let's explore the concept of freedom. If I am free, I am free to move, think, speak and spend my time as I see fit. If I cannot move my arm, I am less free in a very real and very physical sense. If I am limited from moving onto some geographical area I am less free than if I could. If I have less choice about what to occupy my time with, I am less free. I am more free since I have quit smoking, since I am free from the burden of feeding my addiction. A conception of freedom as a maximisation of choice then makes sense. The ultimate freedom would be that of omnipotence, because I would be able to do anything, and omniscience, since I would be able to think anything.

In a freemarketeer Utopia, you will not necessarily be more free, as their marketing suggests, unless you consider your newly found freedoms to exist in the absence of the ability to exercise them.  Your freedom to have exclusive access to property, education, free time, and expression will be limited by your material resources to access those freedoms. Examples abound.

Freedom of movement is also a concern. Public parks would not exist, and neither would public nature reserves. This would be a limitation of the movement of people, and therefore their freedom. If all property could be owned and controlled by private individuals, it is conceivable that some poor people who own no property or the means to occupy it, could illegally occupy every space they find themselves in. Why then wouldn't we want to create public spaces that enable freedom of movement for others.

The freedom to spend your time as you please is a freedom that is often neglected. In terms of value, time cannot be valued enough, because not even the richest person (as of now at least) can buy a whole lot more of it. Yet it is conceivable that if we abolish labour laws, such as minimum wage, paid leave, and weekends, that more people will spend more time working for the same amount of money. Since they are earning the same amount of money, they suffer no material loss. Their freedom is severely restricted however. You cannot move very far if you have to be back at work in a few hours, and you cannot move at all if you work more than one job or work hours that occupy the entirety of your day, perhaps minus your most basic human needs such as visiting the toilet, eating and sleeping. Labour laws, which freemarketeers reject, often give people a _right_ to free time. This extends back to intellectual freedom, because it gives people time to educate themselves through reading and travel, or express themselves through writing or engagement in public forums.

If we want maximal freedom, we would accept certain limits on our freedoms (such as our freedom to enter into economic exchange without taxes) for the sake of maximising the freedom of those around us. I am saying that giving small concessions in freedom can give large gains for others, so if we feel the need to maximise freedom we are logically obligated to not fixate on our freedoms at the cost of others'. Freedom is not a zero sum game either. The limits others have on their freedoms impact us also. We may not be free to engage in unfettered exchange, but others are not free to help themselves to our stuff either.

A question remains, and that is how much of our own freedom should be limited for the gain of freedom for those around us. Although interesting, this is hardly relevant. Only once we accept that it is a valid path can we meaningfully approach this question. There is no point in asking how much flour we should buy if we haven't decided to bake a cake.
freemarketeers politics