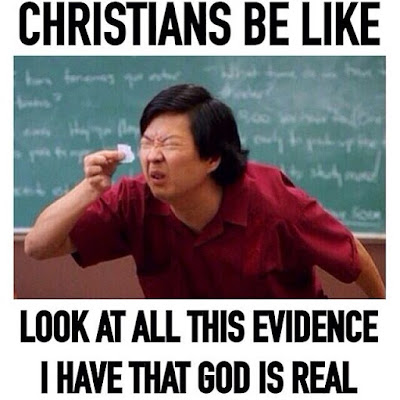 I'm starting to shift away from being an agnostic atheist. It's been a long time coming, but I've been sort of on the line between adopting the belief that there is no god, and genuine emotional angst over there possibly being one. However after reading +Matt McCormick's piece What’s Left to be Agnostic About? I've done some serious thinking about the topic and feel that I am ready to take the very tiny step necessary to adopting the belief that there is no god. It's by no means an easy step, because despite it seeming that way, I have been asking these questions for years. I always felt that the only fair and rationally justifiable position on the existence of god was that god may or may not exist. The trouble I found is that when defining myself as an agnostic, I wasn't considering what it means not to believe in god. What is god anyway?

Well, we can take various broad definitions, and find ourselves in a place where analysis of god beliefs become mired in endless debates because the definition of god is never quite established. So to be clear, the god I believe does not exist is the god of western philosophy. Philosophy of religion has defined god as basically the monotheistic abrahamic god. This implies that this god must basically possess a few qualities. It has to be
If a definition of god diverges from any of the above, I may feel somewhat agnostic to such gods, especially with regards to the last quality. But nobody else does. Almost everyone in the west finds "gods" which lack those qualities unconvincing, and are atheists with regards to such gods. Gods with finite powers overflow in our history books. Nobody gives them any credibility, so defining myself as agnostic merely to allow for the existence of such entities seems like overkill.

So what does this mean for my epistemic position? Before I learned anything about theories of knowledge, I recognised that we cannot prove that god does not exist. However in learning more about knowledge, it became increasingly clear that we can't really prove anything to such an extent that the possibility of such a thing is completely removed from reality. So there will always be a possibility that such a being exists and I recognize that in a logical sense, on the condition that apologists can reconcile some of the logical problems inherent in godly superpowers. But I can't pronounce that it is physically possible for such a being to exist. I lack the information to make such a claim, and therefore I think that theists largely assume such a possibility and take it on faith, and I think that due to the cultural baggage of the west carrying the corpse of Christian domination, many atheists grant the physical possibility of such a god even in the face of the logical problems with the superpowers it supposedly posseses. We shouldn't have to.

The next question may be what nudged me away from agnosticism about god's existence. I would probably say that if apologists and theologians couldn't create convincing arguments in 2000 years for an entity that literally runs the universe, I see no rationally compelling reason to lend such an idea any real weight. That's not to say that we shouldn't take their arguments seriously, but I don't think we should see every apologetic argument as having any realistic chance of being convincing. In fact, a god not existing is completely consistent with failing apologetics, constant divergence between believers and a world that is easily explained by the most libertarian of gods: nature.

I guess the next question that me from about 2 years ago would pose to me of today is whether this puts me in a precarious position, having to scour the entire universe to disprove god. This is not the case. It is true that I do carry a heavier burden of justification, but I don't find it significantly heavier than the one I had before. If you take the general idea that if a god like the one above did exist, that certain things would be a certain way and that our current state of affairs is sort of weird and unexpected, then that directly contradicts the existence of god. Apologists have responses to these ideas which I am aware of, but their explanations are not as harmonious with the knowledge we possess as the simpler answer, which is that there is no god. If that changes I should find myself shifting back into agnosticism, and if it's good enough I may shift to theism. Given the circumstances we find ourselves in, theism is less rationally justifiable than atheism, and it seems unlikely that this will change in the near future.

I should probably address the argument from ignorance claim that might be flung my way and the good old "absence of evidence is not evidence of absence" claims. Let's suppose that there is a common belief that dew is the result of pixies watering the plants every morning. It doesn't take long for anomalies to start pouring in. Why don't they show up when it's dry? Why do they water my car's windscreen if it isn't a plant? Why can't we see them? Now pixieologians can come up with all kinds of clever reasons why that which is apparent is not true. It is quite apparent that there are no pixies, just as it is quite apparent that there is no god. The absence of the pixies were their downfall. At best we shouldn't believe things that give us no no rational reasons to believe them, and we shouldn't cling to beliefs as long as someone can find an explanation, no matter how contrived or invented, to reconcile that belief with reality. Most people frown on the attempts of conspiracy theorists to explain things in contrived ways that some central authority is actually in charge behind the curtain, but when apologists do it we praise their efforts because we've put their beliefs on a pedestal. Just as I am not agnostic about moon landing conspiracies, I won't be with regards to god. With things like science it's different. Reading gradually pulls you in with increasingly convincing arguments. Being convinced just kind of happens without strain. All the questions that seemed odd about pixies, like why they water my car if it isn't a plant, becomes perfectly easily to explain in scientific terms. The anomalies melt away. Theists have to constantly deal with pangs of doubt because there is a large, dark cloud of doubt looming over their beliefs. There aren't articles on the internet about how to deal with doubting evolution or e=mc2. Shouldn't this be surprising if theism was so obviously true and apologetics was so good?

It's taken a lot of thinking, reading and discussion over the years, but I think it would be healthier for me not to lend the credibility to god beliefs I had as an agnostic; not to let mere possibilities lure me into false equivalence between possibility and likelihood. That may change and if it does I am perfectly open to that change and will eagerly refute whatever mistakes I made here. I will continue to take apologists seriously, because I believe we should take all people and their ideas seriously. What I won't do however, is keep pretending that there is a significant possibility that their abject and continued failure is going to turn around.

(PS. If you know theists or apologists that would enjoy reading my blog, please share this with them. I think I can here an echo in here! It's hard to build a diverse audience in such a polarised issue. Thanks!)
atheism religion