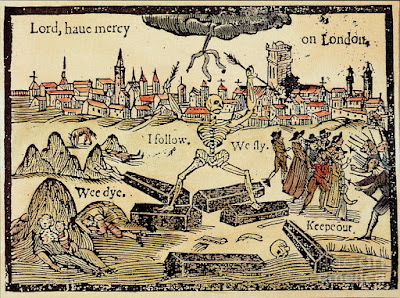 The problem of evil is hotly debated in philosophy of religion circles. It is a central concern of theology, and the reason for that is that it destroys the plausibility of Christian theism. If Yahweh is supposed to create moral intuitions in human beings, it boggles the mind as to why the actions and inaction of the deity are contrary to our own moral intuitions. Apologists like William Lane Craig like to state that the appeal of the problem of evil is purely emotional, yet these are the selfsame emotions that this god supposedly created in us. It simply does not make sense that humans would think that a monarch that drowns the vast majority of his people has some underlying good purpose behind this action.

Apologists like to appeal to intuition when it comes to many of their arguments. Irreducible complexity, a universe requiring a finite beginning, and the idea that the conditions of the universe are tailored  to suit human life are all arguments that appeal to intuitive human thoughts, but when the problem of evil enters the discourse we are told to discard the very intuitions that god supposedly gave us. We need to stretch our imaginations to believe that somehow regardless of all the suffering in the world, it is still the best possible world, or that commanding the genocide of or destroying entire cities is okay because the people in those cities must have been totally depraved and evil. We are supposed to believe that two wrongs make a right, that the ends justify the means. The selective application of intuition by apologists indicates that there is a fundamental flaw in Christian theology, and it cannot be overcome by simplistic analogies and become convincing like other arguments are for christians. We are to believe that a universe that seems indifferent, that random events and suffering are all in service of some bizarre and mysterious higher purpose.

It might be a good time to point out that many intellectual fields have central problems. Science has the problem of induction for example. But science still holds a pragmatic truth value because of its undeniable utility to the human species. The problem of induction prevents science from achieving absolute truth status, but this is hardly a requirement for it to work. There is absolutely no pragmatic value to the inscrutable actions of an absent deity that is subject to endless disagreement. It is a divisive force that we would profit from throwing on the pile of bad ideas in our history. Modern ethics and jurisprudence has no reliance on the Christian religion anymore and functions perfectly well on its own. In fact whenever Christian ethics interferes with modern ethics it is with a negative effect, such as the institutionalised discrimination against homosexuals in the western world. If we were to judge Christianity only by its utility we would have discarded it long ago.

What does it mean for an intellectual field that has a central problem that seemingly cannot be solved or dissolved. It casts an ominous shadow on the entire field. Some former Christians claim that reading apologetics made them less convinced. I have no doubt that the problem of evil was central to that experience of apologetics, as I myself have shaken my head at the various responses to the problem of evil that I have seen. As I've previously mentioned, even if theodicies work in theory, there is no direct nod from the deity to indicate their truth. They are just hypothetical explanations for the suffering we see in the world. They are also horribly contrived and often cold to any emotional intuitions; as if crafted by psychopathic PR executives. Saying we live in the best possible world when natural disasters displace millions and destroy lives is an insult to humanity. One of my personal turning points was a thought experiment. I wondered if I could sincerely tell a dying cancer patient that all of the suffering they endured was part of a greater plan. No amount of conviction or love for the Christian god could bring me to that point.

The problem of evil presents another solution, which is more parsimonious than the one offered by Christian apologists. A world where bad things happen to good people, natural disasters strike, and diseases decimate is perfectly in line with a world that has no master plan, no caretaker, no loving father. Although it seems bleak it results in a call to action; a motivation for us to unify and leave our petty differences behind and make life better for ourselves and all our fellow living things. It means that no eyes have gazed under the ice-covered ocean of Europa. It's a reason for looking beyond our suffering here and now, instead of fantasizing about a hypothetical paradise beyond our current existence. It's a reason to create the best possible world we can create with our limited powers. It's a reason to flourish. If there is some god out there that is looking at how we conduct ourselves, it would be monstrous for it to condemn us for trying to make the real lives of all living things better and indulging in our endless curiosity.
atheism counterapologetics