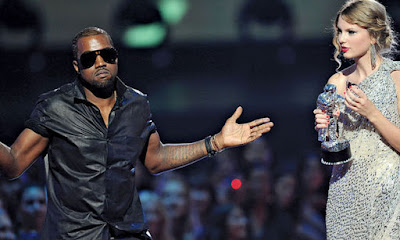 One of the primary struggles I have in my life has been my ego. I can feel it encroaching wherever I go. Your ego is a self identity that you craft out of the bits and pieces that you know about yourself as a coherent whole. An ego is a peculiar thing, given that you, me or anyone else is not really a coherent whole to begin with. You might think you are a object, but we are all really just fluctuations in a contiguous soup of particles. The hydrogen atoms occupying my brain at this very moment that I am writing this are not a part of me, they are sojourners bound for other places in the universe. But is it meaningful to say "in the universe" in the first place? Aren't we all just arbitrary subsections of the universe?

Why would I get all philosophical about our place in the universe? How is it relevant to the ego? Well, once you disconnect the concept of the ego from reality you can start to view it as an independent concept crafted by your mind. It's a view that works better at self evaluation because "me" is a someone, but that someone is just a concept. Your mind will craft all kinds of ideas about you. There will be a coherent narrative of who you are and what kind of person you are, and your mind will vigorously defend the concept of self, trying to avoid changing it too much, especially in the face of negative information. It makes sense to have a positive self image, because a negative self image can result in self loathing and indifference to your own needs of survival. In an evolutionary sense, an ego makes total sense.

However when we are trying to form accurate pictures of reality our egos become dead weights. Some things that we see in a particular way make up part of our ego narrative, so we defend those ideas to the death. Upon close self reflection, it doesn't make sense. To get away from being abstract, let me give an example. If you belong to The Order Of People Of Whom We Shall Not Speak, and believe this makes you a good person, then any negative views of the order will instantly trigger your ego defenses. You then resign from being an objective observer of that order.  Once our ego defences are triggered it becomes hard, if not impossible, to remain objective.

When you insult someone, you basically attack their sense of self. Their ego narrative becomes a target. That's why people who don't engage in self reflection or deep thought are so easy to hurt, because they attach their egos to superficial characteristics such as their weight or their financial status. E.O. Wilson, who should know better, called Richard Dawkins a journalist, which in the context of Dawkins' apparent ego narrative is very disparaging. But why is this supposed to work? Why is it that we target a particular person and not their ideas? One thing that people betray when they do this is that they admit that this is something that will work to undermine themselves, so they use it on other people to have that same effect. The reason E.O. Wilson attacked Dawkins by calling him a journalist reflects his apprehension that Dawkins's ego narrative contains the label "scientist", which Dawkins values when considering himself.

I want this post to highlight the idea that the self is a separate thing and that there is no real self, only views constructed by our own minds to describe ourselves. If we can view ourselves this way, we can begin to objectively evaluate our self concept in order to find potential errors, and to consider ideas with the cognizance of how our self concept informs our interactions with others. Egos are not bad in themselves. They are just something that we need to be aware of in all our judgements, so that we don't get into a position where we emphasize our existing egos over other more important things like finding the truth.