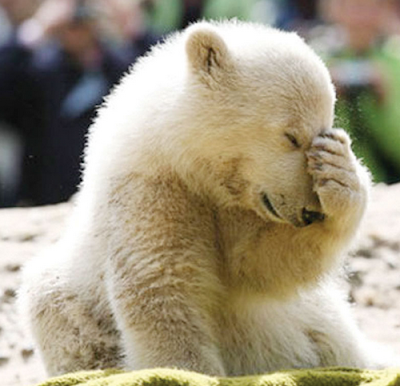 So I have speculated that the purpose of apologetics is to ease the cognitive dissonance of believers.

+Melissa Cain Travis is kind enough to confirm that in her blog post What an Apologist’s Job is NOT . When I say things like that, I always wish that I am wrong about it, but I am not it seems, not in this case anyway.

So what isn't an apologist's job?


"You are not a spoon-feeder. I have found that many folks, abrasive atheists/agnostics in particular, aren’t willing to undertake serious research on their own. They’re armed with a hundred pop-atheism talking points that have long been answered, which goes to show they haven’t investigated the opposing viewpoint at all."  (my emphasis)

What does she recommend?

I certainly agree with that.


"give them a sentence or two to chew on and then direct them to a book, article, or lecture by a reputable scholar. If they come back at a later date, having studied the sources, further dialogue is warranted, so long as they maintain a respectful tone. "

I don't usually swear on my blog, so you will have to excuse me this time. Holy shit! If I want to engage with apologists like her I would have to read entire books or watch entire lectures! I suspect though that what is really going on here is a version of the courtiers reply[1]. What's so wrong about teaching people about things? Aren't discussions a way to learn things after all?

When you engage with people online, you are going to get a wide variety of people with a wide range of knowledge. To engage with them you need to realise that they might have some piss poor points. This is usually no fault of their own.

"If they simply dismiss your words and suggestions with poor logic, make snide comments about the scholars you recommend, or change the subject, cut off the conversation and stop wasting your time."

Poor logic is once again not usually the fault of the person who is trying it. If everyone had to dismiss everyone who used poor logic we would be limited to a small subset of people to talk to. Even experts make amateur mistakes sometimes. Logic is hard!

"Such a person is a distraction from ministry, not a legitimate beneficiary."

Such a shame not to receive the gift of apologetics.

"Apologetics is about disseminating truth. The apologist is called to demonstrate the quality of the evidence for Christianity and provide substantial answers for objections. "

Scepticism is a search for truth. So should we presuppose a truth and then try to disseminate it or keep looking? You decide.

"As the atheist scholar, Dr. Thomas Nagel has so bluntly put it, “It isn’t just that I don’t believe in God and, naturally, hope that I’m right in my belief. It’s that I hope there is no God! I don’t want there to be a God; I don’t want the universe to be like that.” (The Last Word, 1997)"

Not many people like Nagel. At least we can agree on something right! It's odd that many christians espouse exactly the same thing in negated form, and apologetics is the butthurt cream to soothe any doubts:

" Apologetics ministry is not about “winning souls,” as the old-time evangelists would put it. Rather, our work is about removing true intellectual obstacles. For some believers, this removal brings great relief from doubt, for some seekers, it paves the way for a more serious investigation of Christianity. " (my emphasis)

People may wonder why I moan so much about apologetics, and Melissa is kind enough to spread apologetics to children. See her about page:

I always try to read things with a maximum amount of charity, but the idea of presupposing truth and indoctrinating children is sickening. I'm not going to get all worked up about it but that is basically how I feel about it. Children should be free to pursue their own journey to truth and not be lead into accepting the conclusions of their parents.

I totally think we should be nice to each other and try to be understanding and not reject peoples's sources without justification, but I do think that we need to take pains to teach people who are teachable and not just shove them away with a book title. I think that bringing removal from doubt for believers is doing them a disservice. If theism is so true and people are honestly looking for the truth, then surely there is nothing to panic about. Why is it that religion is taught to children? Why not do philosophy, history and theology lessons in church for adults? I mean I probably know why, not that it matters.