An Apologist On Earth Day 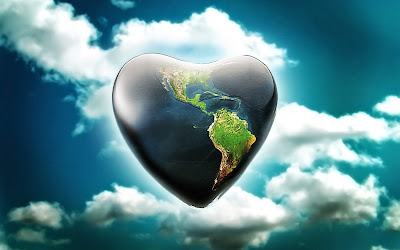 I came across this blog post by Greg Koukl, a Christian apologist. I am not a huge fan of low hanging fruit but this one really takes the cake. The post is fairly short. As always, I'd recommend reading it first before you come back here.

"Has anyone else but me noticed an inherent contradiction in the underlying convictions that drive annual “Earth Day” celebrations? The vast majority of those who attend such fetes are Darwinists who believe humans have a moral obligation to protect the environment. My question is: Why?"

No. Nobody else has noticed, because there is no contradiction. This is really simple, but I will try and explain it with an analogy. You and I are room mates and we live together in an apartment. The apartment is our environment. Koukl is the kind of room mate that asks "Why flush the toilet? Why clean the floors after you spilled?". In an apartment, it is simply common courtesy, but unlike an apartment, we don't have a backup earth.

So it becomes a moral obligation to protect the environment that we share. If Koukl had thought more than five minutes about this, he would have probably realised his mistake, because besides being a moral obligation, protecting the environment has direct consequences for him and his family. This should be so blatantly obvious to anyone who puts even a modicum of thought into the topic, but not for Koukl.

"Species have passed into extinction at a steady rate from the beginning of time, the strong supplanting the weak. Why shouldn’t they? Each is in a struggle-to-the-death for survival. It is a dance of destruction that fuels the evolutionary process as every creature exploits every other creature for its own benefit. Survival of the fittest - that’s evolution."

If we were small fish that had an abundance of food in our little pond, and we bred like crazy due to the wealth of food, that would increase our numbers rapidly. Good. If our waste gathered at the bottom of the pond and some sort of chemical byproduct saturated the water and killed all of us that would be bad. If we had the foresight that this would happen, and protected our environment (the pond) by not laying too many eggs, we would be directly responsible for our continued survival.

Humans can take a surprisingly big picture long view of the environment. We can realise the complex causal chains in the environment that can hinder our success as a species, so we don't just live like so many organisms who lack the capacity of foresight and ability to maintain their environments.

"The logic of naturalism and the rules of evolution dictate human beings rape our environment, just as everything else does, not protect it."

Having just demonstrated the logic of naturalism with regards to protecting the environment I hardly see Koukl as mounting anything more than a holler into his own echo chamber. Congratulations Mr. Koukl for writing meaningless tripe when you really should know better. It is blatantly obvious that you didn't bother to ask anyone, and just assumed your conclusion, constructed a strawman and preached to the choir. Thankfully your tactics of trying to scare away people from atheism will not work forever, because you no longer own the singular channel into peoples' minds through a pulpit.

A final thing I think bares mentioning is that besides the fact that it makes logical sense to protect the environment, there is a totally different dimension to it. The natural world, and especially the living world, is a thing of immense beauty. By destroying it, we deprive ourselves of the joy that the beauty of nature can give us. I really hope that people will see beyond $2 apologetics, and that we can all stand together to protect the environment we find ourselves in. In the broader view of it, we all share the apartment, and our "world views" have got diddly squat to do with picking our socks up off the floor and not showering so long as to leave everyone else without hot water.
atheism counterapologetics