on March 21, 2015
Nathan's Initial Post
My initial response
A response to Nathan's response to me

Since Nathin included a totally unrelated image, I thought I would do the same: 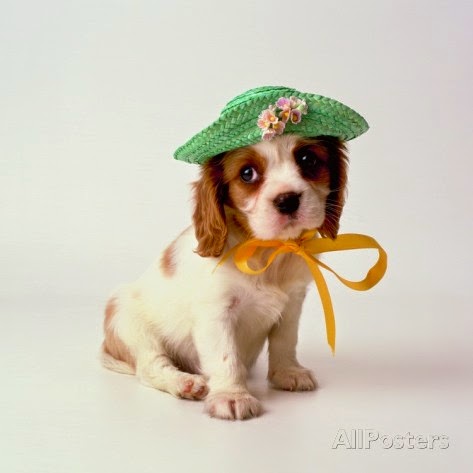 I would normally thank an opponent for a correction, but done in such poor taste I will refrain from doing that.


Nathan also misunderstands ad hominem arguments. At no point do I make the argument that he is wrong because he is confident, I just point out the lack of humility displayed by Nathan and how distasteful this is to anyone who values the truth or understands the basic problems of epistemology.

"Our author misunderstands the nature of a deductive argument which doesn’t simply supply probabilistic knowledge, but (if the argument passes the three tests I mention in the original post) provides certainty. The classic deductive"

There is no epistemic system which can provide certainty as far as we know. Nathan is simply unaware of the fallibility of human logic and reason. Knowledge as understood by the Greeks as certain truths is an outmoded and ancient concept which every reader of Hume will recognize.

His example is also mistaken, because an argument is only as good as its premises. Deductive arguments only provide predictable outputs based on specific inputs. TRUE && TRUE = TRUE, TRUE && FALSE = FALSE etc... If Nathan can prove his premises true with 100% certainty I would love to see such a proof.

"demonstrate that the universe (and any multi-verse of which it is potentially a part of) have an absolute beginning from nothing. "

This might be true, but it depends on the respective definitions Nathan chooses. As I am not a cosmologist however, I will leave the stage to Sean Carroll:

"[...] the notion of a “cause” isn’t part of an appropriate vocabulary to use for discussing fundamental physics. Rather, modern physical models take the form of unbreakable patterns — laws of Nature — that persist without any external causes. The Aristotelian analysis of causes is outdated when it comes to modern fundamental physics; what matters is whether you can find a formal mathematical model that accounts for the data. The Hartle-Hawking “no-boundary proposal” for the wave function of the universe, for example, is completely self-contained, not requiring any external cause."[1]

So to put it in Nathan's edited words:


"The real lesson here might be to not immediately conclude that serious scientific arguments, which have been debated and defended for centuries by the brightest of men, are quickly and easily refuted on Blogger by someone with very limited scientific knowledge who just happened read, the theologian, William Lane Craig for the first time."[2]

When people make confident pronouncements like the original one Nathan made, they always need to consider those pronouncements may come straight back to bite them in the ass.

Interestingly, not only does Carroll succeed in undermining the Kalam with his statement about causes, he also undermines the alternate hypotheses of a spaceless timeless material being the cause of the universe that I asked Nathan to consider. However if Nathan rejects what Carroll as to say, my alternate hypothesis remains valid from Nathan's perspective and should be considered.

"A failure to understand the meaning of “eternal” might be the reason our atheist doesn’t understand this. Anything that is eternal must, by definition, exist “sans time.” Far from meaning that something eternal exists at no time, it means something eternal (i.e. not contained in time) exists at all times or, in other words it always exists. A simple dictionary could have supplied the deficiency here. But there’s more… "

Nathan did not understand my objection in his eagerness to respond. I will try to be more clear: Something that is eternal exists forever, which is a temporally laden term. Something which is eternal cannot also cause time to come into existence. Perhaps I should let William Lane Craig speak on this one:

Craig does not give us any idea of what it is supposed to mean to exist timelessly (another topic), but Craig is pretty clear that god is not infinite in his view. God is timeless, which is different. You see, if time is finite god cannot be eternal, because that requires coexistence with an infinite amount of time. Nathan, if you are reading this, I'd appreciate if you asked for clarification instead of eagerly responding and wasting both our time.

"This is dealt with on the original post. I do wish people would bother reading before responding."

Unfortunately I can't respond to a vague reference to another piece of text. Nathan does not understand how to conduct intellectual discourse. Maybe he did deal with my objection there, but maybe I misunderstood his treatment of it and responded erroneously. The point is that you can't respond to lone assertion that an objection has been dealt with. Sorry Nathan.

"Again, no one (except our atheist friend) is discussing Christianity. Leaving that aside, I fail to see how concluding that the creator of an ant farm isn’t necessarily all powerful at all diminishes the unimaginable power that a cause would need to have to produce everything from nothing. This argument is like saying someone who lifts an automobile over his head isn’t strong because I can lift a beer can over mine and I’m not strong."

Nathan, the author of a blog on Catholicism, is denying that the underlying topic is Christianity. I find this hard to believe. I know what this move is, and it is an example of motivated reasoning. What Nathan is doing in the original paragraph, and what Craig also does, is take all the properties they believe Yahweh possesses and then to try and bridge the gap between the conclusion of the Kalam and the Christian deity. My process is to point out the obvious bait and switch that is about to occur. The reasoning is extremely suspect. For example there is no reason to accept Nathan's argument that the cause of the universe must have a will.

With regards to omnipotence, the problem I tried to point out via analogy is that being able to create a universe does not omnipotent make. Being able to do all things means that Nathan is claiming that the universe comprises all things. This god could live in a universe which itself has a god, the real god. Proponents of the simulation argument will point out yahweh is not able to tell whether he lives in a simulation or not, or is a brain in a vat. This counts equally for yahweh and any generic god that Nathan pretends to be referring to.

"No one is asking anyone to rely on any intuition"

The rest of that response is essentially sour grapes, so I will save everyone by not quoting. You are however welcome to read about it in the source post. The Kalam is predicated on an a premise which relies on intuition, that everything that begins to exist has a cause. However intuition fights the idea of a timeless entity making a decision or having a will, but the Kalam proponents cherry pick intuitive judgements to make their argument. If we reject intuition wholesale we can't accept the first premise, but if we accept all intuitive judgements we cannot accept that a timeless mind could exist.

I hope this clears things up for Nathan. If Nathan's response follows the same format of responding with little substance and much showboating and declarations of victory, I won't indulge him with another response. I would like to thank him for his time anyway, because I realise that taking time out to respond to something can be inconvenient.

[1] http://www.preposterousuniverse.com/blog/2014/02/24/post-debate-reflections/
[2] Nathan's original quote from http://adoroergosum.blogspot.com/2015/03/the-heavens-proclaim-greatness-of-god.html
"The real lesson here might be to not immediately conclude that serious philosophical arguments, which have been debated and defended for centuries by the brightest of men, are quickly and easily refuted on YouTube by someone with very limited philosophical knowledge who just happened read, the biologist, Richard Dawkins for the first time."
[3] http://www.reasonablefaith.org/questions-on-time-and-scary-monsters#ixzz3V0b3tMrU
counterapologetics