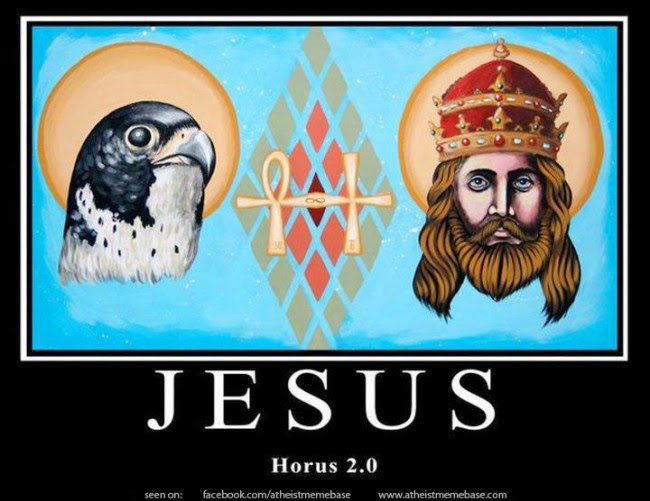 Sophisticated Apologists will often mention the bad arguments that atheists always use. I'm going to try and summarise some, why they think these arguments are bad, and try to figure out whether these arguments are in fact bad. If they are we should stop using them of course, and we should point out their badness to our fellow non-believing friends.

There are some atheists who have come to believe that Jesus is a carbon Copy of Horus or other gods. Regarding Horus:


“Massey’s attempt to demonstrate that Jesus is merely a rewrite of Horus is tortured. Take the contention that Horus and Jesus were both of virgin birth. The most common legend about the birth of Horus is that the god Seth dismembered the body of Osiris, his older brother and husband of Isis. Isis collected the pieces of her husband’s body and sewed them back together, then took the form of a bird and fanned Osiris with her wings, reviving him enough to have sex and get herself pregnant with Horus. So it’s sex with a coma patient or necrophilia — not your classic virgin-birth story either way.
As for the crucifixion and resurrection, the party involved wasn’t Horus but Osiris, as per the above. Except Osiris wasn’t crucified — Seth initially had him nailed into a coffin. And he wasn’t really resurrected, just revived long enough to be a sperm donor, after which he died again.
Then again, there really isn’t a canonical version of the Horus story. Browsing through the stelae, I find a variant in which the child Horus is stung to death by a scorpion, then restored to life by the god Thoth. So OK, are there points of similarity between Jesus and Horus? I’ll be big about it and say sure. Is one copied from the other? Get out.”


As far as I know there are no biblical scholars including atheist scholars who take the carbon copy story seriously. The verdict then:

DEBUNKED
but...
One thing apologists fail to mention is that many of the themes present in ancient religions have been copied into Christianity, so while the story itself is not a carbon copy, it has other things in common with mythologies. Mythologies have a lot in common with fictional stories. The way things play out in fictional stories is formulaic and contra reality, which is often more complex and less attractive in many respects. If you want to understand what I mean try watching a movie that was accurately based on a true story and then a fictional story back to back. Of course, claims like this are far weaker than claims of outright plagiarism. If you want to make claims like that, you need to have some pretty strong evidence on your side.

There is also a valid claim that bits and pieces were copied during the formation of Christianity in the way of art. Statues and paintings of Mary resemble statues of Isis. Yahweh on the ceiling of the Sistine Chapel resembles images of Zeus. Even though Judaism was a rejection polytheism, in some way Christianity recaptures it with contorted mental gymnastics. Whether these interesting nuggets are evidence against Christianity though remains to be seen. Since we have much better arguments to look to, these ones may not serve us well. If you are into Biblical history however maybe there is something there that you can pursue.
badatheistarguments counterapologetics religion