Discourse: What’s in a Word? 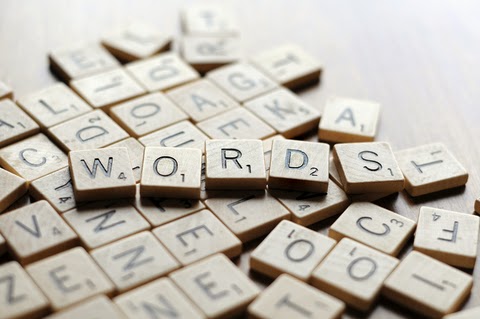 This instalment of the series on discourse was written by +Blair Mullins , and reposted from his blog at http://www.bubblews.com/news/6923187-whats-in-a-word

As a university graduate and an avid reader of everything from poetry to scientific dissertations, I just can’t seem to get enough of words, and I really don’t know why. It doesn't seem to fit with the rest of my athletic, adrenaline-driven personality, yet there it is. I get as lost in words as I do in sport; they both catapult me into the same sort of intoxicating trance. I soak up words and I can never seem to temper my insatiable quest for more. It’s as if they’re some sort of life sustaining rays for my mind and I guess in some ways, that’s exactly what they are.

I must admit, I do love the creative use of language. I love reading everything, whether it’s a haiku, a straightforward mathematical proof, a news article, a wordy philosophical argument or Uncle Willy’s anecdote about the weekend excursion to the cabin. I must make the disclaimer that with my last formal English class nearly 20 years behind me, my editing skills have denigrated to whatever it takes to get the red underline in Microsoft Word to disappear. But that doesn't stop me from being able to enjoy the great works of others, just as I don’t need to be able to paint well to enjoy looking at a Picasso.

I pay attention to language and I readily admit that my tastes are more acclimated to the poetic side of the spectrum, which means there is a part of me that loves having to read between the lines. There is a part of me that enjoys the ambiguity and the use of metaphors. There is a thrill of the chase dynamic at play where the author’s meaning isn't directly delivered on a silver platter. Great writing truly is an art form and despite the great many that have attempted it, very few have it mastered.

The reality though is that if you want to be clearly understood by most people in most situations, and if you want to avoid misinterpretation and confusion then speaking clearly and plainly is set at a premium. This is especially so in conversations where claims are being made and discussed. When the goal is to understand and to be understood; the simpler the better.

It’s extremely easy to slip into a smorgasbord of metaphor exalting from a Sassicaia seeped tongue expelling the emblem that rides along the full bodied permeating wave of a Cohiba Esplendido exhalation. Along the fringes of the verses resides the embodiment of the meaning that we so trepidatiously extract with surgical precision and scour precisely with a fine toothed comb to subtly caress the obscene.

The words blunted from full effect are dressed in subtleties and accessible only to the astute, who are well equipped to scrape the rising crème de la crème from the top. In the slow progression of the thesis that is expressed in a thousand words (when ten will do), it becomes exceedingly difficult to refrain and to hold to plain and ordinary language that leaves the point bare and accessible to the greatest number of people possible.

After all, the primary purpose of language is to transport information from one person to another. While there will always be a demand for creative language, it’s always important to consider the audience at any given venue and proceed accordingly. There are indeed people who are threatened by plain language and usually these are the ones who like to obfuscate language in an effort to bury arguments so deep that they cannot be readily identified, let alone dismantled. In the conversation with religion we are far better served setting the example with plain and simple language, thereby giving us the license to demand the same in return. If you cannot state your case clearly and precisely, then you cannot state your case. Let’s leave the creative language to the wordsmiths and the poets.

“If you can’t explain it simply, you don’t understand it well enough.”
Albert Einstein