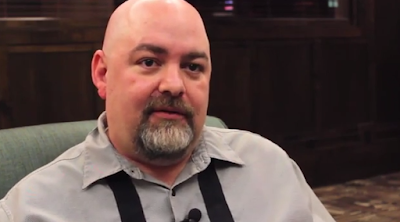 I have great respect for Matt Dillahunty (who I will refer to as Matt in this post, as I believe that is how he would like to be addressed anyway). He is a solidly good thinker and has occasional flashes of brilliance that are both inspiring and thought provoking. No really, the guy is worth listening to.

However, there are ideas Matt holds to that don't sit well with me. It's not that I think Matt is disingenuous, it's just that I think some of his points of view are not totally accurate. Matt seems to be committed to the idea that someone can be totally neutral and objective in a belief. In other words someone can realistically say that they neither believe something nor do they believe that it is false.

One example he likes to use is the pocket change example. He asks his interlocutor whether he has an even or odd amount of money in his pocket. By this example he tries to demonstrate that neither belief, in odd or even amounts is rational.

My primary objection to this concept is the idea that someone could truly withhold judgement, even on a matter as trivial as the oddness or evenness of pocket change. I would say that regardless of how hard human beings try, we always tend toward hunches or gut feelings which lead to beliefs. It's almost as if the concept of truly withholding judgement is impossible for humans.

Even in my daily work experience, when I feel that I have no justification for a belief as to how or why something functions in a specific way, I find myself unable to not jump to a conclusion one way or the other. I think that rationality should match with HUMAN rationality, and not be a simplified concept of believing things in a basic trichotomy. To demonstrate the trouble with this idea, here is another example:

The answers are loaded. According to Matt the third option should be "I neither believe nor disbelieve in life under the surface of Europa's ice". Unless you don't know what Europa is, I challenge you to truly withhold judgement. I personally believe there is no life under the ice of Europa. My belief in (2) does not preclude my rational selection of (3). And then along comes the apologist:

"Oh but you have an unjustified belief. Therefore you are irrational"

"You have an unjustified belief. You must justify it or be a hypocrite, in which case I am just as justified in believing in god as you are that there is no life in the oceans of Europa"

I would respond to this by making it clear that rationality, as defined in classic philosophy as the cold calculating following of logic is flawed. If it is cognitively impossible, or even very demanding to withhold a belief, it would be rational to jump to a conclusion in order to free up cognitive resources. I believe that the absolutism of apologetic discourse has muddled this by creating a fear in the minds of atheists that any belief that is unjustified makes a person irrational and therefore worthy of being ignored or criticised as equally unjustified as the theist's position.

I think that whether Matt intends to or not, he has harboured this fear based absolutism in his own views, advocating for the near impossible or impossible position of truly not believing a proposition to be true or false, but truly withholding judgement (given at least some background information). I would challenge Matt to answer whether he believes whether a god (suppose the god of classical western theism) exists, regardless of knowledge.

In my view, there is a nuanced and valid response to the apologist's challenge, and one which I hope Matt would readily endorse. We should apportion our beliefs to the evidence. However instead of advocating for the adjustment of a belief to a perfect zero when evidence falls woefully short, and not beyond (believing a proposition to be false), we can believe that a proposition is false with a low level of confidence without being irrational in our beliefs.

This brings us back around to the idea that there is no god. I think it's hard to believe that there is no good evidence for the existence of a god, but simultaneously believing that the likelihood of a god existing is 50/50 or unestablished. I think it is perfectly okay to have a weak belief that a god does not in fact exist in this particular case.

A low level of confidence in a belief should translate to a low burden of justification. One I feel Matt could easily meet with his knowledge of religion and the arguments presented by religion. I don't think this would make Matt irrational either. What makes theism in general irrational is not the belief itself, but the confidence level attached to it. That to me is the function of faith. Faith in my view is not belief in the absence of evidence. Faith is any level of confidence held above that which the evidence justifies. If we take all the arguments for god's existence as fairly good, they still would not justify the professed confidence held by believers. According to common Abrahamic religious doctrine, a low level of confidence is considered impious or sinful.

To summarise, our beliefs are not perfect instruments that can be tuned to the perfect pitch of truth and reality. By arguing this way we disadvantage ourselves. Firstly, by a war of semantics that is seemingly never ending, and secondly by a betrayal of the messiness of reality. We non-believers can comfortably hold to a low confidence belief that there is no god, without falling into a despairing abyss of irrationality and epistemic anarchy.
atheism counterapologetics