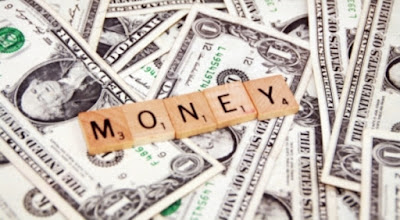 Any wealth you receive has already been distributed at least once based on the decided structure and nature of wealth distribution in your society. So people who are wealthy are not wealthy because they create some sort of objective value in society, they are wealthy because society decides that they are the ones who morally deserve to be wealthy. The concept of wealth is intersubjective, and so is the decision about who gets to be.

Free markets are a method to distribute wealth. There can be other methods too. We can for instance have a feudal system, where wealth is distributed according to social strata. The feudal system existed because it was recognized as morally legitimate, and for no other reason. Free markets today exist for the same reason. Therefore, because there are underlying moral considerations, if a free market fails us in an ethical way, it is our moral duty to violate it as a society. This means that in a moral society, excess wealth may be allowed, but not at the expense of others suffering. Indeed this is one of the reasons feudalism fell. We could no longer morally justify the harm of placing wealth into the hands of the few. For all the good things the free market has about it, it promotes the distribution of wealth to those who can exploit its underlying subjective nature. An inferior product could very well make someone rich if they play the market the right way.  There is no natural or transcendent entitlement attached to that. If everyone ceased to recognize the value of someone's wealth, they would be destitute. We, as a society, are the masters of who gets what. We divide the cake together, whether we like it or not. We can even distribute wealth according to who is the tallest, who has the most hair or who can say "Red Lorry, Yellow Lorry" repeatedly the fastest without making a mistake. Sadly, in many cases, we have excluded people from wealth on arbitrary measures, like their skin colour.

It's vital to understand that wealth distribution is completely arbitrary and decided by us, and that no single person or even a group can claim that there is only one way, or even one right way. Among the best ways however, every single one of them must be justified by moral considerations. If we are not a moral society who hold each others' interests at heart, we are setting ourselves up for failure, just like the privileged strata did before their social system imploded.

What's happened with free markets though, is that the the concept has gained overzealous fundamentalist followers, who incorrectly conflate morality with free markets. In other words, if the free market fails and people suffer, that is ethically preferable to violating the tenets of free markets. They rely on a central premise, that a free market, and absolute claims to property, are morally above any other consideration. It's not that they think the free market is moral, it is that they think the free market is morality itself. This presupposition strongly guides every other thing they consider, because no matter how much pain and suffering there is, it may not violate their absolute entitlements, because that would be immoral given the presupposition.

When I point out to freemarketeers that they don't have absolute claims on wealth, there is wailing and gnashing of teeth. They don't seem to grasp that society decided that they are entitled to the wealth they have, and they especially fail to grasp that when it comes to taxes. That deserves another post, but this one laid important groundwork to begin to explain this fundamental error in freemarketeer ideology.

Many people are uncomfortable with this reality I have explained here, and to some extent I am as well. There can be an arbitrary change in the way wealth is distributed that can negatively affect me, although that has been happening throughout history. The privileged classes who lost their wealth were at risk, probably without realising it. They probably thought, as the bunch I have my disagreements with, that claims to wealth are absolute and inherent in nature or transcendent somehow. They aren't. They are in the hands of humans. If you can convince enough people that you should be wealthy, you will be. On the other hand, if you can convince enough people that certain people, or classes of people, don't deserve their wealth, they will lose it. Wealth is simply grounded in human societies, and there is no way around that. Even if you believe firmly that free markets are the only right way to distribute wealth, if nobody else does, your claims to wealth will be invalid. If everyone believes that free markets are the only right way to distribute wealth, the decision to recognise it as such was still taken collectively, and it is still grounded in humanity.
economics freemarketeers philosophy society