Nothing of the Gaps?

on February 15, 2016
This post is a direct response to the post The Nothing of the Gaps at the Two Catholic Men and a Blog blog. 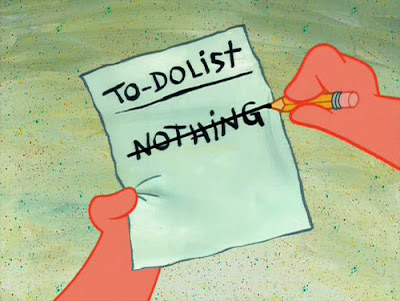 Sometimes I like to have a peek over the picket fence to see what is going on in the apologetics corner. I'm never disappointed by the results, and by never I mean always.


“Any thinking Christian will, of course, acknowledge the many secondary causes that exist in all of reality, but God as the first cause of all things material and immaterial is a non-negotiable dogma. Likewise, a strict materialist or strong atheist will recognize secondary causes, but do they not essentially defer to “nothing” as the ultimate answer to certain gaps? So we end up with "the nothing of the gaps".”

Ben goes on to give examples. Which I will address in turn:

The Gap from Meaning:

Since you've read the post, I won't quote the whole thing, but his essential objection to atheists being able to create their own meaning is that "meaning is received, not made. ". His argument for meaning being received, not made is unknown. There is no argument for that. We are forced to conclude that Ben just sees meaning this way based on his own subjective interpretation of meaning, or maybe based on what Ratzinger has said. Unfortunately, Ratzinger holds no authority on this blog.

If you want to read more about atheism and meaning, I've written quite a bit about that

The Gap from Goodness:


“Q: What is the ultimate source for the good, the beautiful and the true?”

He imagines atheists saying “nothing”, but I object to the question itself. Why are we to believe that there is an ultimate source for anything in the first place? If we had found that beauty is biological would that count as an ultimate source? I’m not sure what the requirements would be for an ultimate source, but I wouldn’t be surprised if Ben was setting up a question that could really only have one answer based on his understanding of the question, and that is “god”.

The Gap from Intelligence:

Ben asks where the intelligibility of the universe comes from, and answers on behalf of his imaginary atheist that the answer should be nothing. Once again I need to emphasize that each of these questions can be answered simply if we say that we don’t know. Is the universe truly intelligible, or do we see from our simple ape existence a mirage of intelligibility? What is apparent is intelligible, but underlying that things might become “queerer than we can suppose”. As far as real intelligibility is concerned, there are serious challenges to human reason in the form of philosophical problems and problems of perception that make the universe kind of weird. We still see the sun as “rising” even though we know it doesn’t. We still develop small superstitions even though we know they are rationally unfounded. Maybe there is a limit to intelligibility, and maybe when people like Ben approach that limit, they inject a 50cc dose of theology to obscure the reality that we are in a strange place we barely understand for reasons unknown based on things we may never be able to comprehend.

Finally, Ben says “Today’s “progressive” thinking is that a highly ordered and intelligible universe must clearly come from mindlessness…clearly. One might call this having an irrational "faith" in chance.”

I don’t know where he has been looking, but the argument has never been that the universe clearly comes from mindlessness. The argument is that we don’t possess adequate information to draw the conclusion that it is a mind. In the absence of such information, saying it is a mind is not responsible. I just wonder what is so great about a mind, and I wonder if elephants believe the universe was made with a trunk? We just cannot draw these far reaching conclusions about the nature of literally everything without having a lot more information, and blaming people for finding such overreached conclusions unconvincing isn’t going to help either.
counterapologetics