All Hail The Economy 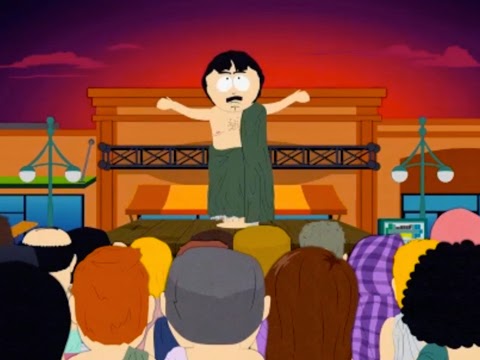 Economics seems to have been something that was born from the idea that the human species should prosper. Somewhere along the way economic growth seemed like the way to achieve that. Much further along and some people seem to have never gotten the initial point at all and the economy is supposed to exist as an end in itself. We must grow the economy with seemingly no purpose. Somehow, growth in the economy must have some necessary connection with prosperity.

This is where objectivism comes in. Objectivists seem to despise the state as a religious institution while simultaneously exulting and deifying the economy on ethical terms that are completely removed from any real human goals.

As an example, there is some psychology showing that people who earn more than $70k per annum don't get appreciably more happiness out of the extra money they earn. Yet people who earn below the breadline or are destitute get infinitely more suffering for being under the poverty line. The thinking then goes that we shouldn't deprive those that don't get a whole lot more out of their 70k because they create jobs which grow the economy. So instead of giving hungry people food, cold people shelter and ignorant people education, we should follow this roundabout way that hypothetically enlarges the economy, and by hypothetically enlarging the economy we hypothetically increase the number of jobs, which hypothetically makes people less cold, hungry and ignorant.

So modern economics is some sort of crazy Rube Goldberg device that is supposed to increase prosperity but doesn't, because the machine has become more important than its output. Right wing objectivists hand us raw eggs and burnt toast and tell us it's breakfast. Yeah technically it is breakfast, and they are willing to settle for that, but why should we? They only do because they are maintaining the machine and using the money from that to get their breakfast elsewhere. And the objectivist attitude is not something that only infects objectivists. It is a common thread among an older generation that saw a strong correlation between economic growth and prosperity.

The system seemed to work, but in actual fact there was an undercurrent of problems that would manifest later. In the programming world we call this technical debt. You offset costs in the present by cutting corners, building up a technical debt that someone else would have to deal with later. From your brief window everything seems to go extremely well, with everything being delivered on time and at the right cost. Everyone is high-fiving each other and adding "baby" after they say each other's names. Eventually though those bad decisions in the past catch up with the future. So it has been with the economy. By exploiting cheap fossil fuels we got a lot of energy at a good cost. Cheap foreign labour lowered the prices of goods and accelerated the consumer market.

So how do objectivists respond to sustainability? Well they just can't. It takes a collective (this little word is important) effort to solve the problems we are faced with. As an example there is something called the tragedy of the commons. If you are unaware of what this is, I'll try and explain briefly. If there is an abundant supply of something it will be overused, because each user is rationally justified in exploiting it to their own maximal benefit. This is a problem that objectivists can't solve, because of their basic denial of society and self-centered approach. Economics, before the sustainability buzz, reflects perfectly the rapacious objectivist attitude, because this naive myopic view that got us in the current shit-creek we're in is probably the same one that causes the objectivist view to form. The only real difference is that it isn't even rational to be an objectivist now, because sustainability and working together is now directly responsible for the flourishing of a current generation objectivist. The concept of mutual exploitation no longer has a place in a viable future economy.

But sustainability doesn't seem to tell the whole story. Economics should be a measure of the continued welfare of the human species as a whole. Continued because having an ice cream today and no food tomorrow is hardly a rational goal, and the species as a whole because parasitic nations can be very happy while ruining the happiness of those around them. This approach will encourage more positive sum economic exchanges, it will make people feel good about themselves and it will ensure that there will not be debts accrued that future generations need to suffer to pay off.
economics thoughts