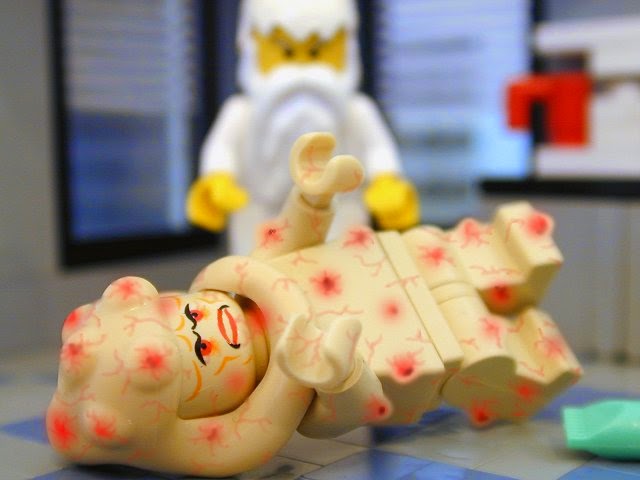 “ God does kill people. But, as the Author of life it is his right. He is not a murderer for murder is the unjust taking of life. Death comes to all people justly as the consequence of sin. ” [1] (my emphasis)

A right is a moral or legal entitlement to have or do something.

One thing that should stand out in the definition is the fact that a right is not an abstract privilege to act in a particular way, it is an entitlement granted by others. Society gives a state the right to arrest, detain and try someone who is suspected of breaking a law. These rights are granted by society to the state. Maybe we can say that a right is authority that is granted through entitlement.

Either way, for a god to possess a right, that right must be granted to that god by other moral agents. To a christian it is therefore obvious that yahweh has the right to take life since the christian has granted god this right. The trouble is that the right possessed by christians to grant yahweh such rights is an overextension of authority, because non-christians do not grant christians the right to give yahwheh the right to take their lives.

If yahweh exists, I do not grant yahweh the right to end my life. Rights don't exist in a vacuum, and conferring rights to yourself that are not conferred to others is despotism. Christians who use the rights terminology should answer the following question: If all christians denied god the right to kill, would god stop doing it and if not, would god be a murderer by that logic. Just like rights, justice is not a standalone concept.

I like the expression of justice as fairness by Rawls


“ [...] society must assure each citizen “an equal claim to a fully adequate scheme of equal basic rights and liberties, which scheme is compatible with the same scheme for all. ” [2]

But gods violate this rule. Despite the fact that all members of our societies are given equal rights, gods are given absolute rights that are not given to others, and moreover rights that others would never freely give to such a being. Just like any despot, god is considered exempt from all the things we consider when we calculate whether someone has particular rights or is behaving morally.Why should such a god be considered separate from our society? Why are the rights of this god unchangeable and granted by default without our consent?

This brings me to my next point. When I say that "Steven is a good man" I do not mean that Steven possesses some abstract property of goodness. I mean that "Steven behaves in a way that is consistent with promoting and maintaining the welfare of others.". There is no mystery there. Steven's moral goodness is directly related to his actions. There is also no calculation of greater good when I consider the moral nature of Steven. I will not say that "Sure Steven killed Sarah, but Steven is good so he must have had a good reason." Steven is evaluated directly by his actions, and there is no long view where any potential good that comes from his killing Sarah is called just. Any concept of justice that approves of ends justifying means is inherently wrong, unless we can show that the reasoning was sound. In the absence of yahweh's reasons for allowing suffering, no such long views can be taken to say that he is exempt from having his actions judged.

Yet when the moral goodness of yahweh is calculated, a few well known theodicies rely on the ends justifying the means. It is assumed that there is some greater good achieved by the allowance of evil, therefore evil is justified. The absurdity of the position of having to justify evil just demonstrates the ongoing problem of theism and morality.

There is another more damning account of the unjust nature of yahweh. The inaction of yahweh constitutes criminal negligence. Having the ability to prevent an injustice but wilfully not doing so is a crime in most legal systems. Seeing that yahweh caused the placing of the victim at the location where he had foreknowledge that the person would become a victim of crime renders yahweh guilty of committing a crime by not taking reasonable measures to prevent it.

In summation, yahweh does not have the right to kill, because that right has not been granted by society. Therefore when yahweh kills he is committing murder. It doesn't matter that a limited subset of society has granted yahweh that right because they do not possess the authority to grant such a right over others, and given the fact that them retracting the right will not make yahweh cease his killing, it is more obvious to say that the right was never conferred, it was just a despot claiming a right that was not given and its followers proclaiming that they do in fact recognize this right. In other words, there was no right to begin with.

Theodicies represent a view of goodness that presupposes that what yahweh does is good and appeals to unknown ends which justify the means. Unknown ends justifying the means is not a valid concept of justice and is thus unjust, leaving the murders that yahweh commits in the bible and presumably still commits by conspiring the position of the bus that will hit the pedestrian in violation of the principles of human law. Claiming that such a god should be excepted from human law is the act of giving rights where the givers of this exemption do not possess the authority to exempt god from human laws. If Yahweh does indeed exist, the entity needs to answer to our legal systems, because it is implicated in millions of crimes by our definition. If the entity exists making it holy and unassailable is not something we should do, because we know that this is something we must never do with our human leaders.