What Did Darwin Do For Me? 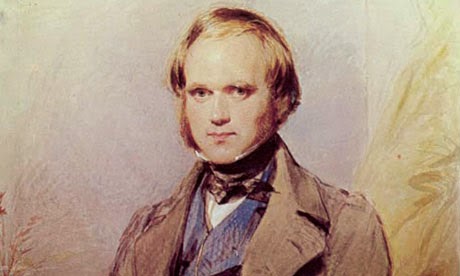 Today is the birthday of Charles Darwin, the person who along with Alfred Wallace, devised the theory of evolution and explained the massive diversity of the natural world. I never learned about evolution in school, because I didn't like biology and dropped the subject after the 9th grade. Consequently I wasn't really sure about how evolution worked or why. I was not a creationist but I didn't feel all that confident about evolution. I decided to learn about evolution and the impression it left on me was indelible.

Evolution is not about beating the odds. On a systematic level natural selection is a non-rational process that simply occurs because of mathematical truths. In fact it can be expressed as an algorithm, and such an algorithm can optimise certain designs where the optimal answer may not be known. There are some caveats of course, but it shows that adaptation is inherent to the way our universe works. We can expect to see evolution anywhere where there is mutation, reproduction and changing environments.

What evolution demonstrated to me was that complex, interoperating elements could come about in a way that is quite the reverse of the way I used to understand the world, because I used to see the world as having a divine agency that would dictate the course of events to achieve an end. The purpose preceded the outcome. Evolution changed my thinking so I could invert the perspective to consider a process where there was no purpose and everything was merely contingent. The repercussions of this kind of thinking was sweeping, allowing me to see reality in a new light entirely. Even after I became an atheist, there was still a tendency to think in teleological terms, and thinking in this forward naturalistic way helped me to get through the difficulty of questions like

"Why is there something instead of nothing?"

I realised that these questions had a real possibility of being totally invalid, because "why" does not apply to a process like natural selection. The only thing that matters is how. So I would like to thank Charles Darwin for contributing so much to my intellectual life.
thoughts