on July 03, 2013
Folks like +Andrew Craucamp may think me to be a dedicated capitalist, sold on its ideals and a champion for its virtues, but that is not entirely true. I recognize the value of capitalism in the sense that it produces stunning efficiencies and it drives a market that is democratic in deciding which products or services or people should deserve the most. We should consider ourselves lucky that there isn't one brand of Cola made by the government, or movies made by the same government hired actors. Government monopolies are the worst inventors,  killers of creativity and ingenuity and masters of inaction and indecision.

That being said, capitalism is a system with a whole different set of failings. Let us consider a mine worker versus a model. 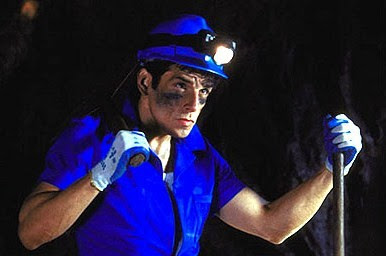 Miners do not choose a dangerous unhealthy low paying job because they truly want to do that job. They are forced into such jobs because they need the money and for somebody with poor education mining pays pretty well. The social mobility of a miner is low. There is no way that the miner is going to learn engineering in his free time and become a mine manager, nor is there a good chance that he will be noticed by management and given a promotion. Even if he is, all his other colleagues are forced to remain in the same job. It is not the courtesy of the mining company to give the miner his job, so in a capitalist world it is up to the mining company to pay miners as little as possible. In a capitalist society it is considered perfectly moral for one person to risk their life so that some shareholder who does exactly no work sits back and gains profit.

Now the model: a model does almost nothing. When it comes to privilege almost nobody is as blessed as a supermodel is. Being attractive and tall is a model's talents in a nutshell. The effort expended by a model to maintain their figure and pose is not acceptable as a form of hard work when you compare it to the toil of the miner. It is obvious that capitalist philosophy does not see things that way.

Beauty in a capitalist society is considered an asset with extremely high value, and people are willing to pay for it. I wouldn't be surprised if attractive servers at restaurants get higher tips. This is all consistent with the market norms of capitalism. If something is considered valuable then it must be, and people pay for it. The result is that too many resources are wasted on exalting the vain and selfish sides of human nature.

This aspect of vanity and the constant need for amusement is my main problem with capitalism. It operates based on what humans want, while ignoring the need aspect of human existence. Why is it that those who contribute most to society are not necessarily those who earn the most money? Scientists who discover important things about nature are sidelined while pop stars and actors are enriched to such an extent that they completely lose touch with reality. We see all of this every day but we ignore the effect because we are so used to it. I have seen a beggar standing at the window of a Ferrari. It is an image I could never get out of my mind. Not because I felt any kind of sadness, but because to me it is damning evidence against capitalism as we know it today.

Any reader may point out that most people in mature capitalist societies have their needs filled, but I disagree strongly. The need that is most poorly filled in many countries is that of healthcare and education. If we want a society with social mobility we need a society that has by default many highly educated people who could venture to do any number of useful things in society. Without those things social stratification sets in along with a foot dragging system where the poor get something, but it is always the crumbs that fall off of the table of the rich. Things look good if we compare the wealth of people now to that of previous centuries, but maybe we should be gaining enough wisdom to try and realise the future where we will look back at the present as a barbaric and unacceptable state of being.

As soon as political power is gained through money you can safely assume that the middle class is being nudged back toward serfdom and the rich are imposing themselves as an unchallengeable nobility. Capitalism can to some extent mask this with the appearance that someone could climb the social ladder and go from rags to riches. This is no doubt the class war that communists like referring to. I don't agree that it will always end that way, but that is another topic.

My observations of capitalism extend further. Often the lines of reward are drawn arbitrarily. The statement "it is not what you know but who you know" is something true of capitalism, and to consider that morally acceptable seems deplorable. In that sense I can understand the moral outrage of communists, but I disagree with their solutions. Capitalism can also do harm to those who are rational because the actions of the irrational can bring about devastating market crashes that affect everyone negatively. Finally sometimes the choices consumers make are poor, because they are not making informed decisions. This means that not the best products and services survive, but often the ones with the best marketing campaigns do.

It may sound awfully like I want to have my cake and eat it too in the sense of having an economic system where nobody needs to suffer or be forced to start with a huge disadvantage. It may sound like I seem generally pessimistic about all economic systems, and that would be true, but I am no fence sitter. I don't intend on choosing the sides which I discredit. I believe we can find something new and better. Many liberal governments are already trying to improve social mobility and create safety nets for citizens. I have no doubt in my mind that that is the way to go, although I will admit that I have no idea how it should be implemented effectively.